On July 12 Braeburn Primary pupils, along with two teachers, joined their eight counterparts from the High School to prepare for the Global Round of the World Scholars Cup in The Hague, Netherlands.

The official opening program was graced by diplomats from various countries, the organising team and local officials. The students got a chance to settle into their surroundings by embarking on an interactive Scavenger Hunt where they were grouped with scholars from other countries.  This t ook place at the expansive Rotterdam Zoo, giving the scholars a chance to interact with Netherlands best flora and fauna. The day ended with the students enjoying a sumptuous Dutch dinner while watching some eye-catching performances from local dance troupes. 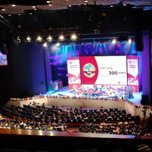 On the main competition day at The Erasmus University in Rotterdam, students put their wits to the test in the Scholars Challenge, battled their peers in The Team Debate, and argued with their pencils in the Collaborative Writing events. The second day of competition was marked by the Scholars Bowl where they had to answer on the subject matter studied while working in their teams. This event was the last competitive activity as the scholars later retreated to their hotels to prepare for their social evening which was held at the World Forum. This was quite a relaxing end to the taxing two days of gruelling competition.

The scholars managed to enjoy three main tours after the competition, they spent a whole day at the Efteling Park where they experienced numerous roller coasters, water fun drives, train rides, oriental, continental and traditional Dutch restaurants, in the process learning a lot about Dutch culture. On the Rotterdam and Delft Tour, the scholars visited The Euromast, historical sites in the Delft City and toured the modern city centres where they learnt lots of facts about Holland. On these tours, the scholars got a chance to visit and shop in The Hague and other Dutch cities. The tours culminated in a visit to the Johann Crjuiff Arena, the home of Dutch football giants, Ajax Amsterdam. A canal cruise afforded the scholars a final chance to capture the sights and sound of Amsterdam and was a fitting end to what was an enthralling tour of Holland..

This was the long-awaited day and everyone trooped into the auditorium full of expectation as to what the results would bring. After a long morning filled with show-stopping performances by scholars and teachers from different parts of the globe. Our team posted very impressive results, even more so considering that they were not only competing against older students in the same category but also facing students who come from academically selective schools. 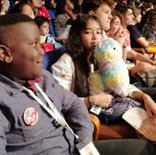 Two teams out of four comprising of Njeri Maina, Sanjeevani Pokala; and Jiwon Shin, Erica Ruo, Pratham Bafna all finished in the top 20 positions for Africa to qualify for the Tournament of Champions at Yale University (USA) in November. Congratulations to: 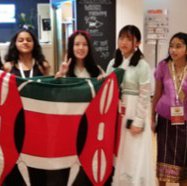 We are extremely proud of the scholars for all the effort that they put into this competition, and for flying the Braeburn and Kenyan flag high! We wish the TOC qualifiers the best of luck at Yale. For those who didn’t make it, we celebrate their performance and are confident that they will go a step higher next time.