As the curtains came down on the Primary School production of 'Matilda the Musical' we were left contemplating the wonderful journey we had all been on.

In October last year, a conversation took place about which musical we should perform and whether or not it would even happen (anyone connected with 'Fiddler on the Roof' will know what I mean!). I asked the pupils for inspiration and they delivered a clear message; "something fun sir", "something we all know", "something we can all be in!". I racked my brains and finally settled on Matilda.

We were already feeling the pressure of time; auditions were later than usual, applying for licenses and the assemblage of set ideas, adult helpers etc. had less time than ever, but in retrospect, here was planted the seed of determination and resilience that stayed with us throughout.

Auditions always surprise me. Having the courage to stand in front of your peers and two teachers to sing and perform is no mean feat. What particularly touched me was the number of pupils who had never performed on stage or sung in front of anyone apart from themselves in the mirror. Every main role had at least two clear candidates. In most cases it felt as if the roles had been written for our pupils. The show was cast.

As rehearsals began I was struck by the cast's enthusiasm. They would insist on attending every rehearsal whether they were in it or not. This is highly unusual but indicative of this cast. Their positivity and togetherness was simply infectious. It became 'normal' that pupils would ask me if there was anything they could do to help. At first I was reluctant (occasionally this can result in more work) however I needn't have worried as they not only completed tasks with ease, they far exceeded what I could ever have achieved myself.

As the performances started to appear on the horizon I was mindful of burnout. What the teachers began to realise was that these pupils were not only saying yes to the musical, they were saying yes to EVERYTHING! They were prefects, hockey players, netball players, debate club members, golfers, squash players, cross country runners to name a few. If there is something this cast has taught me, it is that they will always give 100%, I shouldn't have worried.

The days leading up to the shows were fraught with the usual technical and general last minute panics. Our dress rehearsal was a complete disaster (costumes weren't complete, some props were missing, mics hadn't arrived etc.) however I've been around long enough in these situations to know that that is usually a good sign. The cast remained in great spirits.

And finally, after 3 years of waiting for a school production, the curtain raised. We performed to over 200 children from various Braeburn schools. It was extraordinary. The energy and focus on stage was faultless and most importantly they loved every minute.

The following 3 shows were all sold out. They continued to raise the bar each night, they continued to support each other and come together through adversity through challenges like no other cast I have worked with.

So as the curtain finally lowered on our last night and the tears began to fall I realised that what these pupils had achieved was greater than just a show. This was their response to covid and all of the missed opportunities they had experienced. This was their answer to how you dust yourselves off in the aftermath of a crisis. And having 3 sellout shows was the audience's response back. The energy in that theatre was palpable.

Thank you so much to everyone who contributed in some way to the show. It is something none of us will ever forget! 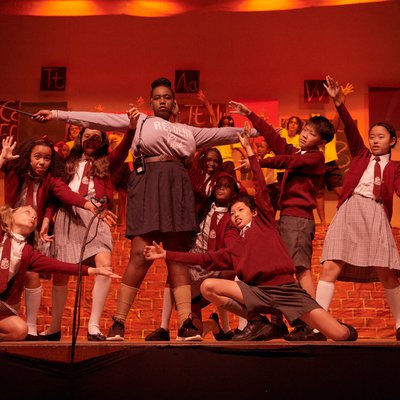 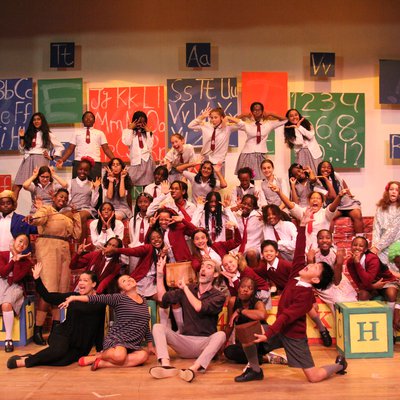